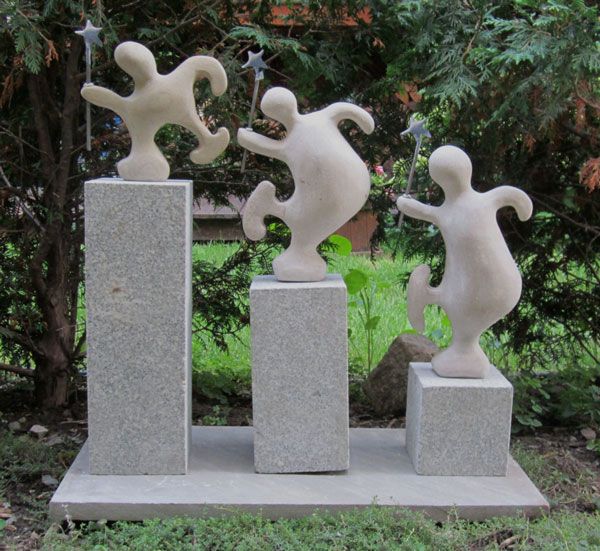 We are extremely proud and honored to participate in the Lac-Mégantic Sculpture Symposium commemorating the July 2013 train derailment that tragically claimed 47 lives.

Over the course of 3 years, 47 sculptures will be placed in a new park constructed on the site of the tragedy.  The theme of the installation is: Looking towards the future with optimism.  Sculptors and works are chosen by a jury of Lac-Mégantic citizens and Jeff Watson’s piece was among the ones chosen.

We were honored when Jeff approached us to partner with him on this moving cultural event. 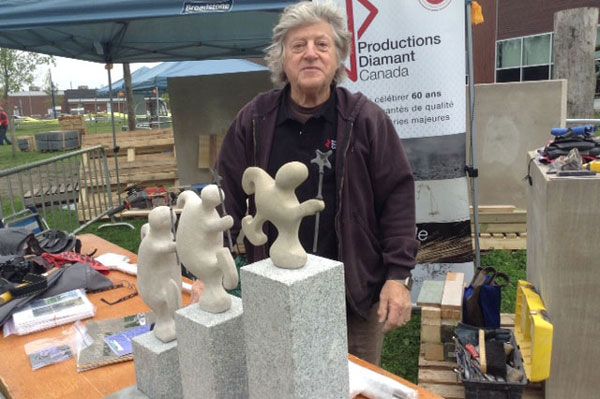 During the two-week long symposium, sculptors worked on-site while Lac-Mégantic citizens were audience to the transformation.  Though Jeff has worked in front of an audience before, nothing compared to sculpting before the families of those his work commemorates.

He had an opportunity to talk and connect with survivors, friends and family members deeply affected by the tragedy. He was particularly moved by the story of a couple who lost their daughter in the accident.  They now raise their two adolescent grandsons.  Jeff's sculpture highlights children as the leaders of the future, a theme that deeply resonated with the family. 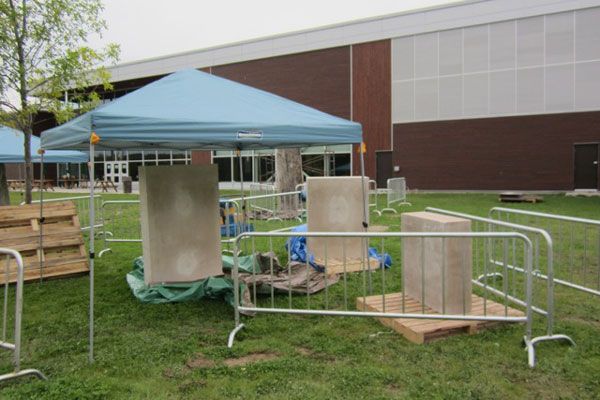 The Messengers is a sculpture of three playful figures: the child, the adolescent and the adult, representing the three stages of life.  The organic and lively figures vibrate positivism and optimism as they almost dance atop the granite pedestals.  The child figure leads the way towards the future illuminating the path with his star-tipped wand. 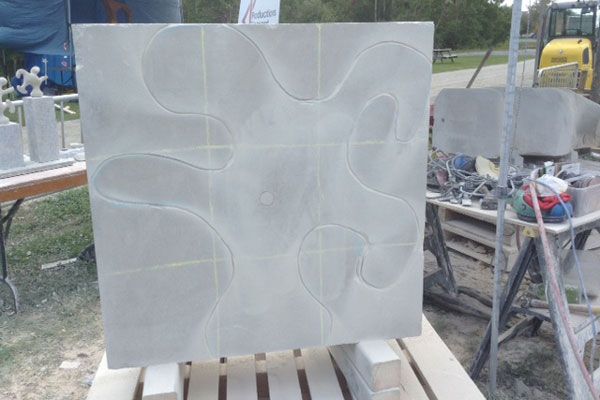 The organic fluidity of the piece was a challenge.  Jeff began with 3 vary large Indiana limestone blocks quarried from the Lac-St-Jean region. 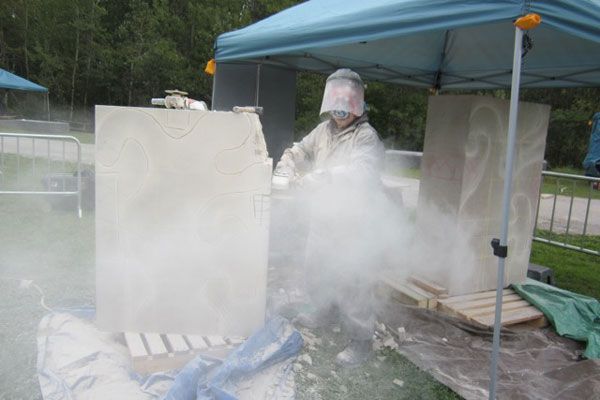 Jeff described the process of slowly, methodically removing small 3" cubes of material in order to achieve the organic curves of the figures.  It was a long and dusty process that spanned many of the initial days of the symposium.

Piece by piece the figures emerged from the blocks.  Jeff had close to 10 different grinders outfitted with various diamond blades to cut through the material.  He used the Segmented Pro Turbo blade to handle all the curved cuts.  He really put the blade to the test on the figure below. 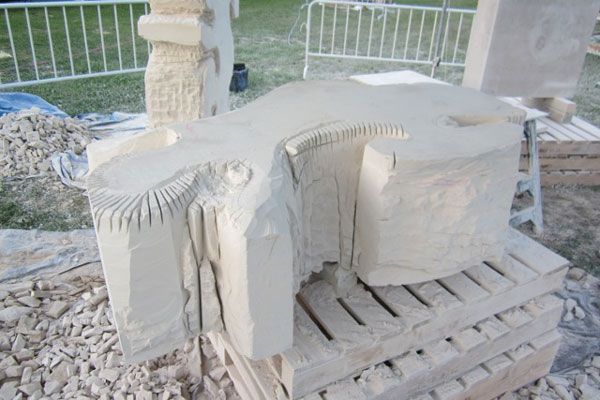 Once the rough cuts were complete, work began on shaping and smoothing out the surfaces. 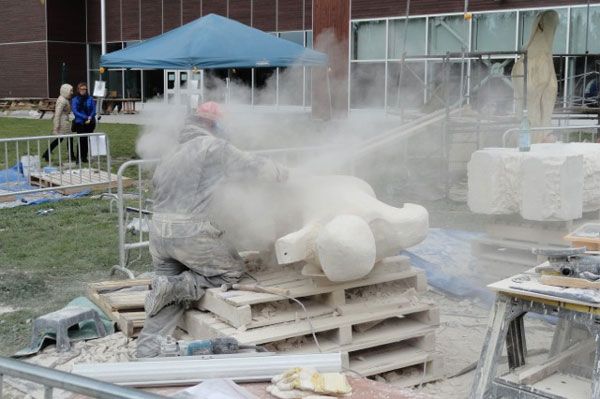 The large granite pedestals were moved into place while Jeff prepared the works for installation. 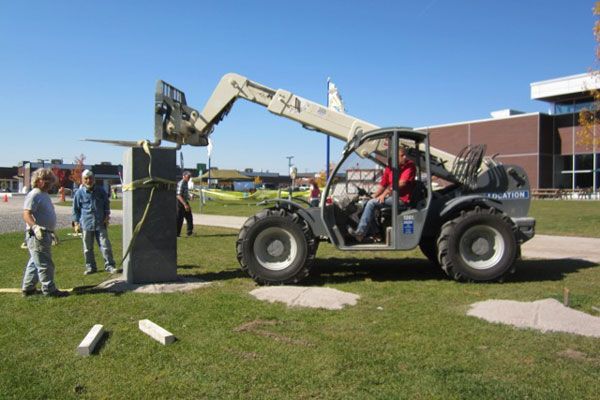 The Child Messenger is airlifted into place on the granite pedestal. 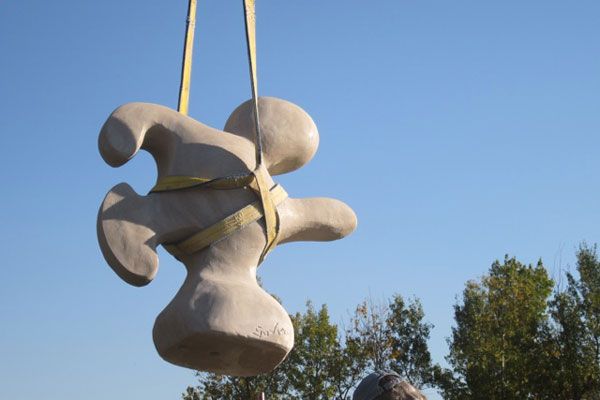 And the installation was completed with a beautiful backdrop of Eastern Township fall leaves in the background. 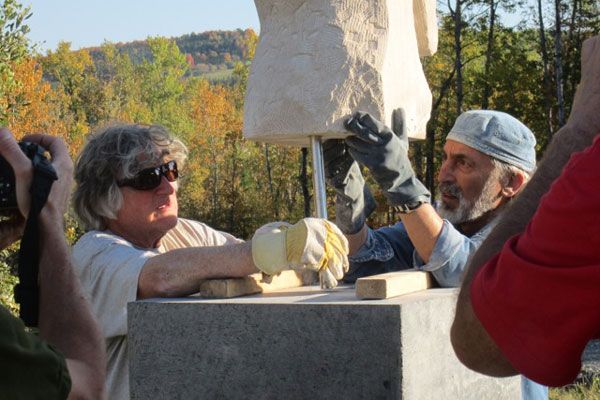 After two weeks of intense and consistent work, Jeff applies the final touches of light to the piece. 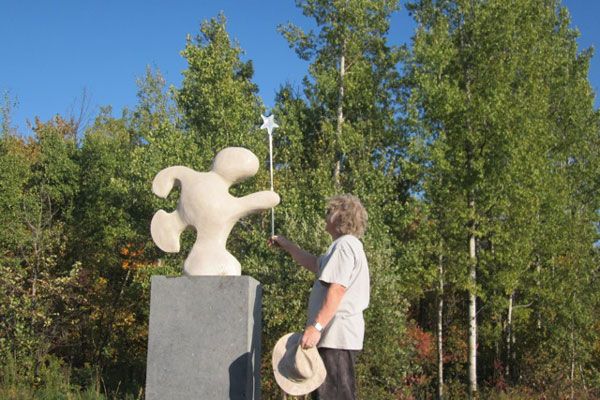 The event for Jeff was a highly emotional and impactful experience.  Over the two week period he had an opportunity to connect and interact with the victims and survivors of the Lac-Mégantic tragedy.  Their stories, their hope and optimism gave Jeff the continual motivation knowing that his art provided comfort and peace to the community.

We are immensely proud and humbled to have been associated with Jeff on the event.

Contact Us
About Us
Become a Distributor
Join Our Team

DuraShine and DuraShine System are trademarks of Diamond Productions Ltd.

We use cookies to improve your experience. By your continued use of this website, you accept such use   I understand